Top European Events You Must Not Miss in 2014 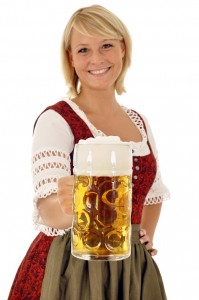 Europe is one of the world’s most fascinating continents, drenched in different cultures and histories to explore. The continent is comprised of around 50 different countries and states of whose citizens speak over 15 languages– it’s a traveller’s dream.

Many of the world’s most sought after events occur in mainland Europe and in the UK, and the wonderful spectrum of music and theatre festivals, sporting events and cultural celebrations are one of the main reasons why Europe is such an attractive destination. Tourists are drawn to the continental culture, food and lifestyle and the amount of small, neighbouring countries makes it ideal for backpacking, gap years and longer trips.

However, with the likes of France, Spain, England, Germany and Italy hosting such a wealth of exciting events every single year it can be hard for tourists to decide where to go and where to drop from the travel wishlist. 2014 is no exception, and we’ve gathered a handful of events that we think are definitely classed as ‘not to miss’ on the continent this year.

Champions League Final – Lisbon, 24th May
Sport is embedded in European culture, and perhaps no other sport can be classed as the nationwide sport than football. The Champions League is a football competition involving all of Europe’s top clubs, and this year it is to be hosted in Lisbon at the Estádio do Sport Lisboa e Benfica. Tickets to the match are likely to be gold dust, but just being in the city will be enough to soak up the exhilarating atmosphere.

Oktoberfest – Munich, 20th September-5th October
Germany’s famous beer festival is an absolute must do for travellers who want to experience the real Europe. Oktoberfest is the largest festival in the world and attracts 6 million visitors each year. Sample some of the world’s best and most unique beers in the huge beer tents, enjoy live music and performances and traditional Bavarian festivities.

Edinburgh Fringe Festival – Edinburgh 1st -25th August
Edinburgh is known as the world’s festival city, and the Edinburgh Festival Fringe is now the world’s largest arts festival. Showcasing a huge spectrum of UK and international acts in theatre, comedy, cabaret, spoken word, dance and much more, the unstoppable flow of entertainment caters to everyone. The beautiful streets of Edinburgh come alive with creative collectives – who are usually more eccentric than the mainstream performers of the Edinburgh International Festival.