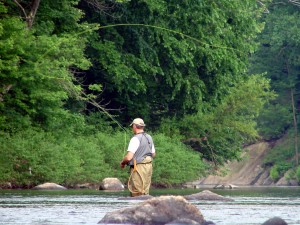 Flowing from near Felsham in Suffolk is the River Ure on its way to the sea at Harwich. It travels by way of Rattlesden, Stowmarket and Ipswich. This river has held many new names through the years resulting in the distinction of currently holding three names. It is called Rattlesden River from its origin on the way to Stowmarket. When it gets to Stowmarket, it turns into the River Gipping and remains thus all the way to Ipswich. Once it reaches Ipswich, it becomes the River Orwell and flows to the North Sea. Even though the River Gipping begins near Mendlesham Green, its name comes from the small village known as Gipping, which is located a couple of miles away. Here, it merges with the Rattlesden River to the south of Stowmarket.

During the year 1719, proposals first appeared to make the river passable from Stowmarket to Ipswich. These were dropped because Ipswich Corporation objected. The next attempt occurred in 1790 through a Bill that was presented to Parliament. The royal sanction was received on the first of April in 1790. There were many issues with the entire process. John Rennie was tasked with producing a new survey. The contractors were sacked. Worst of all, there had been an estimate of £14,300 to complete everything. However, the final cost was £35,300, clearly a significantly higher amount than was initially stated. In spite of everything, though, September of 1793 finally saw the launching of the navigation.

The navigation grew stronger as many maltings were set up in Stowmarket as well as other facilities. These were particularly noticeable in Bramford where Packards and Fisons were very prominent in manufacturing artificial fertilizers.

In 1846, when the Ipswich to Stowmarket Railway was opened, the trustees attempted to get the navigation leased to the railway. This was the one thing, however, that the original bill forbade them to ever do. It was this lease that ended up being quite helpful to the navigation because it permitted payment of a dividend to the shareholders that would take place for the next 42 years, even with a 75 percent decrease in trade.

The lease expired in 1888 and the railway offered to pay £2000 to the trustees as settlement in full. This covered any repairs and returned the navigation. This caused the basic abandonment of the navigation above Bramford. Fortunately, Packards and Fisons continued their use of it downstream to Ipswich with dumb barges and steam haulage since the Great Eastern Railway offered them chaotic service at best. Ultimately, even they moved to rail and road transportation. The last recorded use of the navigation by a business vehicle was in 1922. March 1934 was the final meeting of the trustees resulting in the formal closure of the navigation.

For the next half century, the river became a dumping ground. In some areas, it was practically an open sewer. The river was cleaned up by various authorities, which lasted until the 1970s. That is when the IWA Ipswich Branch began a restoration campaign. This, ultimately, led to the 2008 creation of The River Gipping Trust. Its primary function is to continue the restorative work begun by the earlier campaign. To date, they conduct frequent working parties and always welcome all the help they can get. If this might interest you, be sure to check the dates of these gatherings.

To find out more about the navigation, get a copy of The Canals of Eastern England authored by John Boyes and Ronald Russell. It was published by David & Charles as the final chapter of its Canals of the British Isles series.