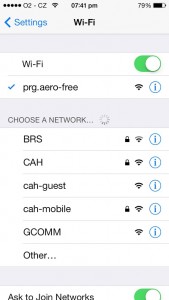 When visiting a city in Europe for the first time, I don’t do much research before hand. I usual go by what I have hear from friends who has already been there. Most of the time, the secondhand account from friends always turns our to be accurate. This was however not the case when I visited Prague. The friend I spoke to demised Prague saying “Its a place the Brits go for stag weekend, been there done that”.

His one liner description of Prague was accurate for some type of visitors. Vising Prague, mainly to get drunk, a feat you can easily achieve anywhere back home seems like a big waste of journey to a beautiful city to me.

Another description of Prague I came across before visiting the city was from a tourism brochure which described Prague as a little Paris, well, I will agree with that description if its turned the other way around; Paris should be described as a bigger Prague.
My love of Prague started right at the airport. After clearing customs, I fired up my smartphone thinking I will have to pay the extortionate mobile roaming rate my service provider charges when I am in Europe. Well, it was not necessary to use my service provider as there was free wi-fi signal courtesy of Prague Airport.

What different traveller want from a city differ greatly, I will not go into the account of my own visit, instead, I have compiled a few facts and information I gathered from my visit to Prague which I think people thinking of visiting Prague may find useful. 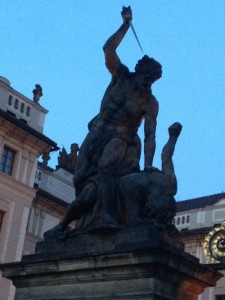 Without a doubt, this is a must see attraction, even for those who are in Prague for a Pub Crawl. Prague castle is the largest castle in the world. The grounds the castle sits on is more or less a small town on its own, you can almost call it a city, because apart from the impressive Church in the grounds of the Castle, there is a Cathedral as well. Prague Castle sites on a hill overlooking the city. Its a great location to take in the cityscape. 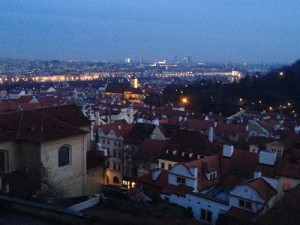 There are a lot of impressive buildings to check out in Prague Castle. One of the most impressive is the Vladislav Hall inside the Old Royal Palace – the gigantic banqueting hall has a wow-inducing vaulted ceiling and was once used for indoor jousting. The office of the Prime Minister of Prague is located within Prague Castle.

At the front entrance to Prague Castle, there are guards at the gates, but they are not as fearsome as the statues above the gates. One of the statues depicts a man on the ground, about to be stabbed by another man with a rather long dagger. The second status shows a man about to club another man.