London – Some of the best attractions 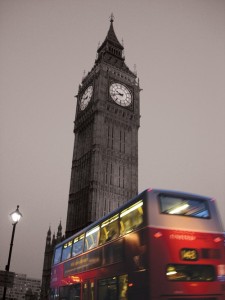 London is simply huge. You cannot hope to see all the possible attractions that this densely populated city has to offer unless you stay for weeks at a time. With that said, there are some key attractions which bear mentioning as stand-outs and also some others which fall into the quirky and unusual category.

Here are a few of the most well known attractions to consider:

1. British Museum, Great Russell Street, WC1B
Even for visitors who generally find museums something of a bore, the British Museum holds interest for even the toughest to please. With Babylonian exhibits, mummies and other artefacts from Ancient Egypt, the Parthenon sculptures and other highlights, the biggest problem is fitting in everything to be seen in a single visit.

The main entry is free, but special exhibitions are often ticket only which needs to be purchased to gain access. Arrive early because the British Museum becomes quite busy the later the day goes on, especially with school and tour groups arriving by coach every hour.

2. Covent Garden, WC2E
Covent Garden is an open space around a central arcade with elegant boutiques, little stops and restaurants all vying for space with street performers who often fill the free spaces in the area entertaining the forming crowds. There is even a pub to grab a pint of beer and put the feet up or stand at the balcony looking down at the area below.

In streets jutting outwards from Covent Garden are designer clothing stores including those of Paul Smith and other famous catwalk names. Many of the streets are cobbled and narrow, with a sense of discovery walking around to see what other little gems can be found nearby.

The Covent Garden underground station is right in the area, so it’s easy to travel on to other destinations, whilst Leicester Square is a short walk away too.

The London Eye is a major attraction on London’s busy skyline. Sitting near the Thames River, it commands an impressive view from any of the 32 suspended capsules which can each hold up to 25 people. Take in the 360 degree panoramic view and see if you can spot all 55 of the famous London landmarks from your vantage point.

4. Buckingham Palace, SW1A
No trip to London would be complete without a Royal visit. What was once closed off is now open to the public to see. Enter the Palace, view the many rooms, historic decorations and take in some of the rich 350-year history of the place.

The official residence and workplace of Her Majesty, The Queen of England, there is plenty to see and it’s possible to take away a souvenir of your visit. While there, see the Changing of the Guard nearby too.

Here are a few of the least known attractions to consider:

1. Secret Cinema (secretcinema.org)
For travellers who have lost the sense of wonder for going to see a film at the cinema, then this one is certainly for you. Every month, the Secret Cinema changes location. The organisers put on intriguing classics, complete with special guests, themed confectionery and other twists on the traditional blockbuster, oversized drink and jumbo popcorn experience. If you want to inject the fun back into cinema, then see if you can find the Secret Cinema… Every showing is unknown until you arrive..

2. Caledonian Market, Bermondsey Square, SE1
Caledonian Market is lesser known that other popular London-based markets like Portobello Road Market, but it is nonetheless an intriguing little gem which opens at 5AM and goes on until 2PM.

In years’ past, the market held a somewhat salubrious reputation for an active trade in stolen goods due to a peculiar law “market overt” which made it legal to trade it between sun-up and sun-down in this location. The law was repealed in 1994.

Since this time, the market has become known as one that trades in glass, silver-plate and brass, some interesting vases, decanters, teapots and other assortments to adorn the home. Much of the real bargains go soon after opening when eager early birds “catch the worm”, but it’s still worth a visit later in the morning.

3. Strawberry Hill, Richmond
The Strawberry Hill mansion has an interesting history dating back to 1698 when the retired coachman of the Earl of Bradford either acquired or had it built. Horace Walpole acquired the property in 1747 and later renamed it Strawberry Hill after a field filled with strawberries that stood within the grounds.

Later owners added on to this impressive Gothic structure with a new additions over the years until the early 1900s. The idyllic riverside location straddling Teddington and Twickenham also benefits from its own Strawberry Hill train station which is thought to have come about at the behest of the developers.

Open to the public for viewing for the last few years, booking an appointment is necessary to be allowed in.